Inside the Mind of a Target Setter 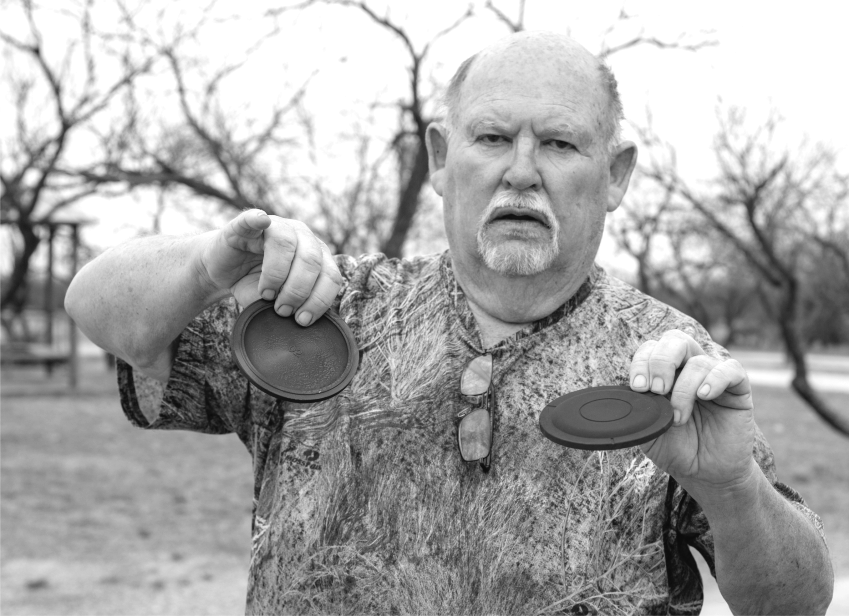 Target Setters are the people that shooters love to hate. These are the diabolical and insane men and women who set the crazy presentations that ruin great scores and many times make you laugh and cry at the same time. Some shooters believe that the target setter is out to get them. They believe that the setter wants them to shoot bad and feel worse. Now, I believe there are some setters out there that think like this, but this would be a very small minority. Most setters, and all great setters, want to set targets that shooters will like.

I started my target setting career in 1986 simply because there were no experienced setters out there. Remember, the sport was in its infancy. None of us had a clue as to what a good target was. To design our creations during this time, we had only manual machines, along with a few skeet and trap machines thrown in. We had a very difficult time throwing report or following pairs. True or simultaneous pairs were the only game in town, simply because we had to hand load and cock these manual machines. It was just too hard and time consuming to do this twice for one pair of targets. Throwing two targets or a true pair was much easier, but this limited what the setter could do.

When automatic machines came on the market in the early 1990s, things changed and target setters became target artists. Many of them came up with really fantastic presentations and ways to fool the shooter.

I was very fortunate to be one of the very first target setters in the sport. There were no professional setters for hire until the mid-1990s. These guys, including myself, loved the game so much that we forgot about our real jobs. We tried to make a living out of the sport, but it was almost impossible to do so. I was one of the lucky ones, since I didn’t owe a lot of money and could live on a lot less than most people. I was also very lucky in the fact that my wife Kathy wanted me to be happy and was not concerned about living an expensive lifestyle. Of course, to make a living and support my shooting habit, I started teaching people to shoot and trained hundreds of target setters in the next three decades. I even started building range equipment and selling machines.

As I continued with my career and recognized that more target setters were needed, I created a two-day school and taught many people to set targets. I’ve taught, set targets, and built new clubs in 43 of the 50 states, and many places in Canada and Old Mexico. There were rough spots and bad times, but after about five years, most shooters started liking my targets.

During all this, I became really hated by many shooters after I invented my “Attitude Adjuster”. I was at the 1996 US Open in Gonzales California. Bruce Barsitti had set two machines on a pallet, and using cinder blocks, set the first curling targets I had ever seen. I remember everyone complaining about these two presentations, probably because they couldn’t hit them. I don’t remember if I hit them, but I felt very different about these brand new presentations. I saw a completely new part of target setting being born. When I returned home, my staff and I put palettes under the 60-plus machines we owned, and I was able to create some great curling presentations.

I found that it was very hard to move the machines when they had a lot of targets in them. I got to thinking about this problem and I asked a lot of welders and fabricators for ideas. Only one guy figured out a way to do this, and he built two of his designs for me. He used slack adjusters like those used on the front of a truck. These worked, but were very difficult to adjust.

So, I started to think about this, and while loading a single-stack Winchester skeet machine, I found my solution. This type of machine has a crank on the back of it. I got an old one, took it apart, and saw how raising the machine was possible. Although I could weld, I wasn’t fabricating in those days, so I took a sketch to a friend and had him build me one. When I got it back, I was thrilled. Not only was it possible to raise and lower the machine, I was also able to tilt it to the right or left. I sold maybe 150 of these.

Andy Perkins was the National distributor for Promatic, a new brand of machine from Europe, and today, every machine manufacturer in the world has their own style of a tilt mechanism. Some were less expensive than mine, but none of them could tilt a trap and throw the target through a small opening as mine could. I guess this is ego, but I like to think that I changed the way targets were thrown in our game, and I’m proud of this. Of course, most shooters have never heard this story. This is the first time I’ve ever written it down.

So, I don’t claim to have come up with the idea of curling targets, but I do think I made them part of the game. During these years, I set many world, national, zone and state championships. My style of target setting was a lot different than most of the setters out there. For me, this was by design. I’ve always tried to be different in the things I do. Being different will get you noticed and being noticed will get you more business. I remember at one of the early Browning Briley championships I set, I really curled a lot of targets. Some guy posted on the internet that the person that set the red course showed a lot of creativity, imagination and a need for psychiatric counseling. This was great!

Now that you know some basic history about target setting and setters, let’s talk about what these guys do to the shooters. Being a target setter today requires a great deal of knowledge and creativity, and requires a lot of thinking, planning, and an understanding of all classes of shooters. Knowing what different classes of shooters can (and cannot) break is a must if you want to be a setter. It requires a knowledge of sun and wind direction at different times of day. You have to be a master of target color and know what color creates the maximum contrast with different backgrounds. You must be aware of the weather and how it could affect your courses. If the wind is calm in the morning but is forecast to blow in the afternoon, you need to start with presentations that won’t be adversely affected by this strong wind. Understand that these winds can cause tree limbs to fall into shooting stands if the stands are underneath big trees.

The same goes with sun position. You might get by with the east sun, but the west sun can create targets that are totally un-seeable in the afternoon. Be aware of stand placements that will turn into a quagmire if it rains heavily. You must visualize what your courses will become with different weather conditions and be prepared for it.

This photo  shows Battle Harris and me at the San Angelo Claybird Association (SACA) range, of which I was a co-founder. We formed in 1986 on a shoestring budget, and today we own 200 acres and about 70 machines. We have three towers (a 100-foot, a 50-foot and a 35-foot), a big five-stand, and three walk-through sporting clays courses. We also have a large and very nice clubhouse with an enclosed, heated, and air-conditioned front porch, which serves as an eating area during our tournaments.

The range has five cabanas along the trap and skeet fields and on the sporting courses. We keep Porta Toilets in different places outside for our shooters. This alone helps the club make more money by keeping shooters on the course longer!

We have five trap fields and two skeet fields. Behind our clubhouse, we have a large covered pavilion that is used for all functions, tournaments, parties, and charity shoots. Our roads and paths are hardtop to keep the dust down and avoid mud in wet weather. We’ve held five Texas State Championships as well as several charity shoots with 300+ shooters, plus several zone shoots. I ran the facility for 20 years.

Copyright 2023 Claybird Specialties  Contact me at mmc9024@aol.com with any questions or concerns.

We use cookies on our website to give you the most relevant experience by remembering your preferences and repeat visits. By clicking “Accept”, you consent to the use of ALL the cookies.
Do not sell my personal information.
Cookie SettingsAccept
Manage consent

This website uses cookies to improve your experience while you navigate through the website. Out of these, the cookies that are categorized as necessary are stored on your browser as they are essential for the working of basic functionalities of the website. We also use third-party cookies that help us analyze and understand how you use this website. These cookies will be stored in your browser only with your consent. You also have the option to opt-out of these cookies. But opting out of some of these cookies may affect your browsing experience.
Necessary Always Enabled
Necessary cookies are absolutely essential for the website to function properly. These cookies ensure basic functionalities and security features of the website, anonymously.
Functional
Functional cookies help to perform certain functionalities like sharing the content of the website on social media platforms, collect feedbacks, and other third-party features.
Performance
Performance cookies are used to understand and analyze the key performance indexes of the website which helps in delivering a better user experience for the visitors.
Analytics
Analytical cookies are used to understand how visitors interact with the website. These cookies help provide information on metrics the number of visitors, bounce rate, traffic source, etc.
Advertisement
Advertisement cookies are used to provide visitors with relevant ads and marketing campaigns. These cookies track visitors across websites and collect information to provide customized ads.
Others
Other uncategorized cookies are those that are being analyzed and have not been classified into a category as yet.
SAVE & ACCEPT